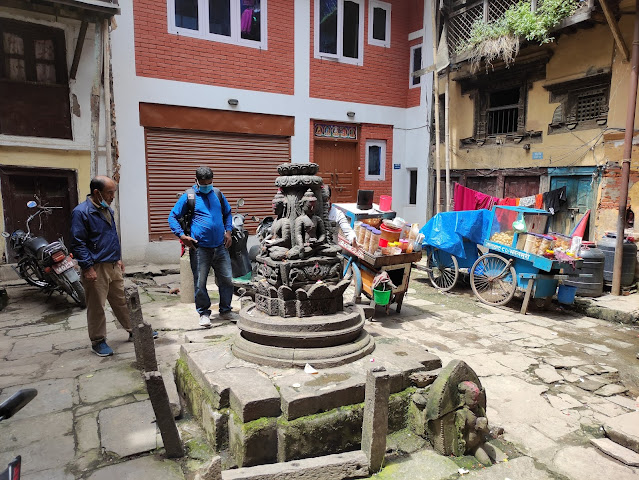 Chiva at Pyapha(Bare Chuka), Kathmandu was in bad shape requiring raising to the appropriate height with adding missing parts and making necessary stone fence. At this point we want to thank all those who have supported us including Ishwor Man Dangol from Bare Chuka(Pyapha), Shailendra Bajracharya from Dhokatole and all our supporters in coordination as well as financial including WMF. Without you all, the Chiva Chaitya Organization will not be able to continue working in the preservation and promotion of Chivas and Chaityas. https://facebook.com/chivachaitya https://chivachaitya.org.np
Post a Comment
Read more

How a Kathmandu Group Is Protecting and Restoring Their Monuments The ancient monuments are at risk but there's hope for the future This growth has strained every aspect of Kathmandu's infrastructure, including preserving its ancient monuments out in the open, which are now competing for space with new developments and roads. While  well-known monuments  like the Swayambhunath and Boudhanath Stupas are kept in relatively good condition, the same cannot be said for many smaller similar structures. It's not uncommon to see a 1,000-year-old stone structure—called a chiva ,  chaitya ,  or   stupa—falling apart, with bricks and stone carvings missing, plants growing out of them, covered in enamel paint, "fixed" with cement or surrounded by trash. (extract from article by Elen Turner in tripsavvy.com ) Read at  https://www.tripsavvy.com/restoring-ancient-monuments-in-nepal-5194283 We would like to thank Elen for raising this subject. Read at  https://www.trip
Post a Comment
Read more

Terracotta Chiva Salvaged from Plants growing from inside 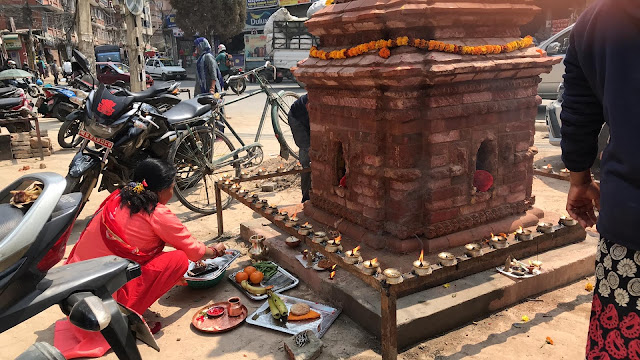 Chiva although being of historical, archeological, social, economical and religious importance to the nation as well as local community, they threatened both from human made causes and natural causes. One of major natural causes being plants growing from inside, specially a plant called 'Ficus Religiosa', if not taken out at early stages will grow with lots of roots and completely destroy monuments. Local community worshiping the Chiva after restoration A Chiva at Dhalko in Kathmandu was in very sorry condition due to plants growing from within, completely deforming the Chiva. The uniqueness of the Chiva is also happen to be few Chivas made of terracotta, otherwise most Chiva are from stone. The challenge was to salvage all the possible bricks and terracotta decorative parts. Traditional lime mortar was used to restore the Chiva. Local indigenous mason and stone carver were used to give the authentic restoration. With the help of local community specially NaniShova Tata, Ward
Post a Comment
Read more 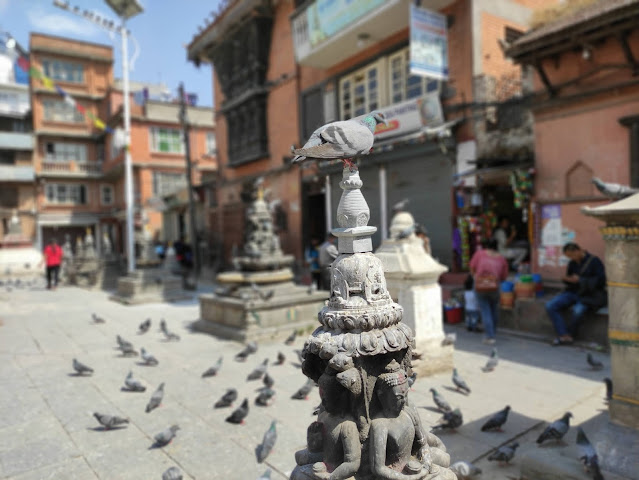 As each Chiva part depicts some meaning, Gaju-Pinnacle also depicts many meanings from the Buddhist teachings.  A pigeon enjoying the new Pinnacle at Shreegha, Kathmandu The pinnacle consists of multiple parts namely: Harmika-The cube with eyes, Toran- Four symbols of Chakra Bajra, Ratna, Padma and BishwoBajra respective to the four Buddhas on a Chiva. Then on top of that : Triyodasha Bhuwana- depicting 13 stages to enlightenment. On top of that there are three more stages namely: Padmawali, Ushnish Chudamani and RatnaChhatra. Gaju(pinnacle) gives so much meaning and needless to say the importance of each part of the whole of Chiva. An old sketch of Gaju-Pinnacle(source S Bajracharya, Pakanajwo) Shreegha at center of Kathmandu, is a beautiful place with more than 30 Chiva in the courtyard. But due to various reasons many of the Chiva (12) were with missing Gaju-pinnacle. And thus those Chiva were incomplete and the aesthetics of the place was not as it should be. Because of this reason
Post a Comment
Read more

Chiva damaged from Gorkha Earthquake of 2015 restored at Ason

April 18 is International Day of Monuments 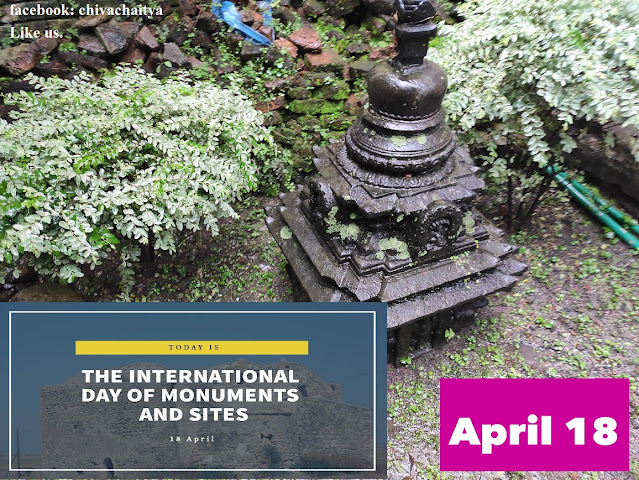 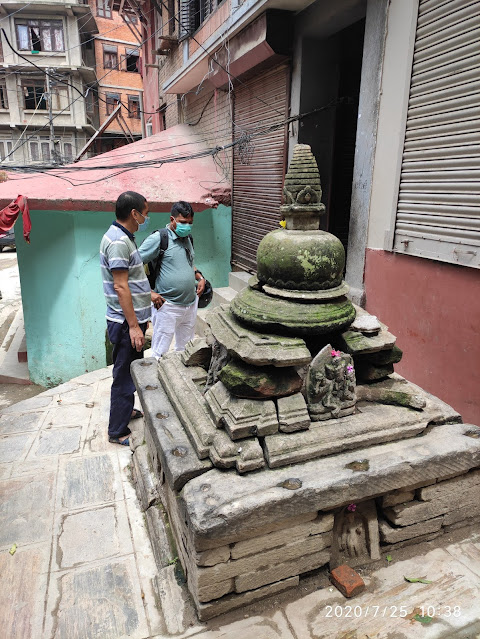